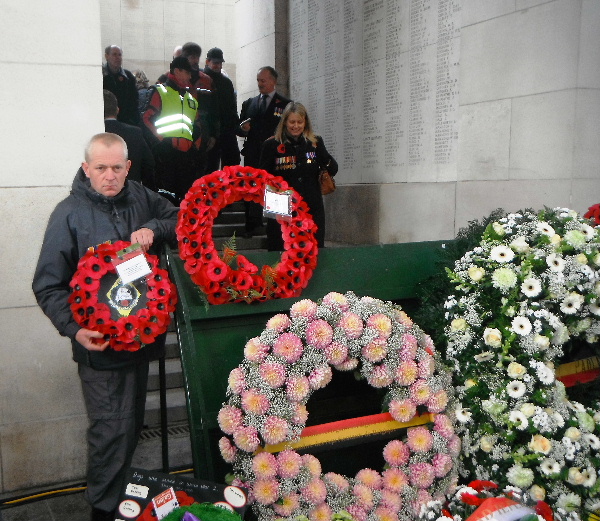 Once again members of Burnley WFA did their annual pilgrimage to Ypres for the Remembrance day Menin Gate Service, sadly Denis Otter was missing due to his untimely death early in the year. The Belgium Royal family attended the service this year and the crowds were larger than ever in the lead up to the 100th anniversary, a wreath was laid at Menin Gate on behalf of the Burnley & Padiham Royal British Legion.
The group visited Battlefields, Cemetery's and War Memorials Including Toc H at Poperinghe were you can visit the original church in the loft. One of the cemetery's visited was Belgium Battery Corner Cemetery were 16 11th Lancashire Fusiliers are buried killed by a large shell while arriving back at their billets on the 31st August 1917, also visited was Kitchener's Wood the site of the first gas attack.