Burnley's Tribute to its Fallen 2018

About twelve months ago I was approached by Tommy Norris's from the Burnley Branch of the Royal British Legion to supply the names of all the men from Greater Burnley who were killed in the Great War. Tommy's plan was to create a cross for every man and to have them on display in time for the Centenary. Whilst all the names were already digitized and on the site, they were not listed in a uniform way, so my task was to make all the naming of rank, regiments and battalion, consistent. It's taken a while to get everything in order, but many months later I was able to provide a complete list. Now, thanks to Tommy and his cousin Ray Glasgow, we now have a fitting tribute to all our local lads who fell during the war. The display can be viewed at the town centre war memorial, across from the bus station and it really is a fitting commemoration to all the sons of Burnley who fell. So anyone who is in a position to view the crosses of over 3500 local lads who were killed during the war, please go and pay your respects and maybe reflect on how many lives were changed forever by each and every one of those crosses. Then consider maybe the even greater number of men who were wounded, both physically or phycologically, whose lives and the lives of those around them would never be the same.

We will remember them
Andrew Gill 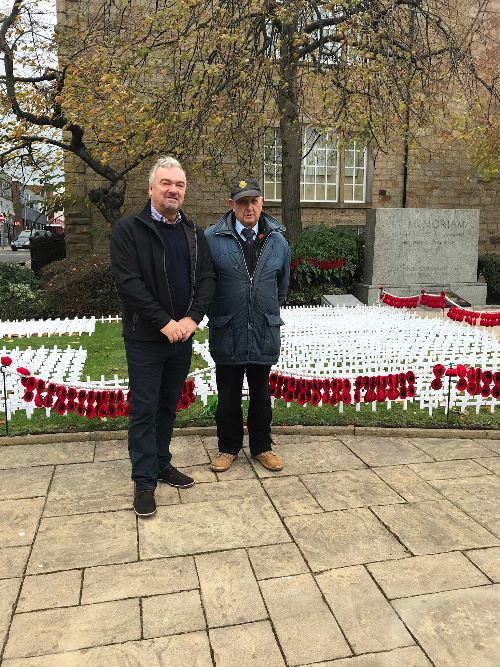