Eric was at the forefront of the towns Poppy appeal for many years, and raised thousands of pounds for the the Royal British Legion. Sadly he died earlier this year (2008) and East Lancashire Medal and Militaria Society members, Dave Drury & Andrew Mackay, laid a wreath in his memory at the Menin Gate on the 11th November 2008 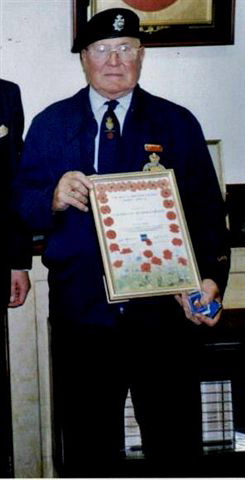 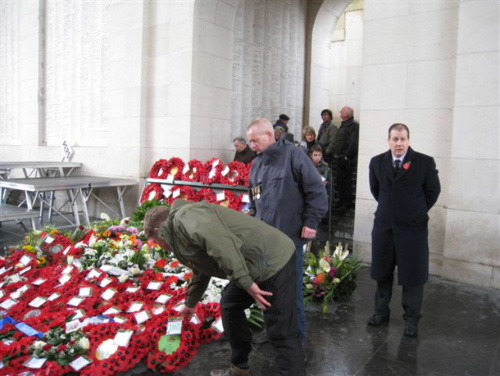 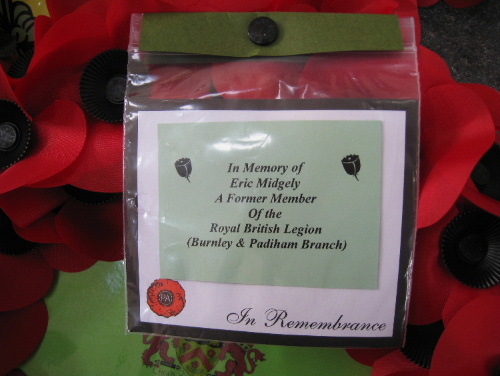 "We just wanted to do something in recognition of what he did, and you can't think of a more fitting place"