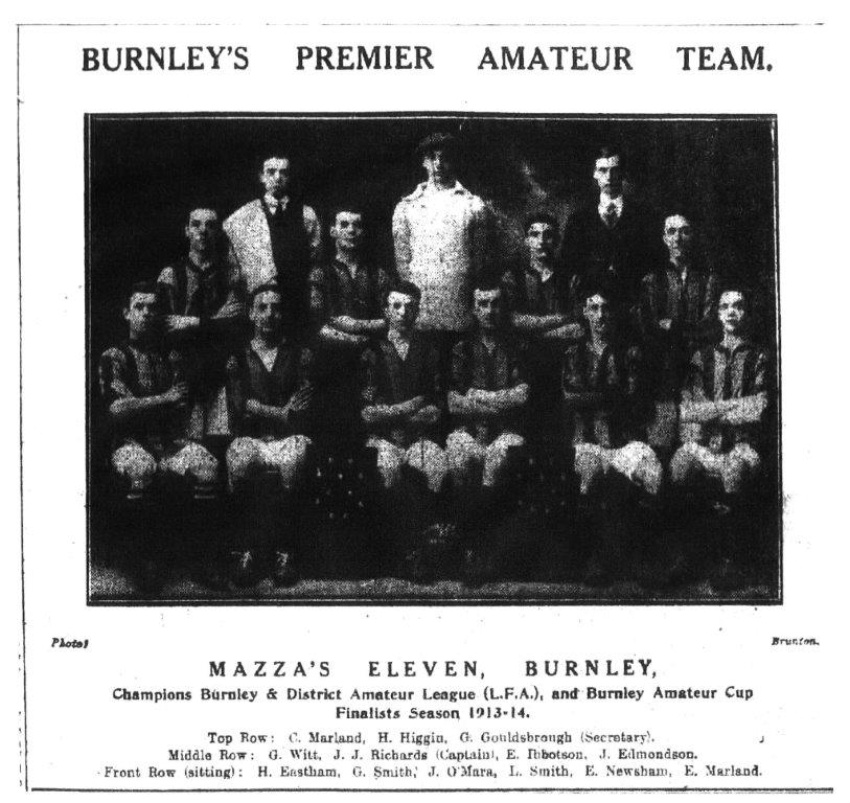 To illustrate a small example of the calibre and pedigree of the Mazza’s XI/Mazza’s Swifts team, William later played league football for Bradford City in the 1st Division and James later played league football for Halifax Town of the 3rd Div North) and Nelson FC of the Central League and then the 3rd Division North. (John stayed as an amateur footballer in Burnley!!!!).