Click on the image above to go to the memorial

The Memorial was placed in Holy Trinity Church, Burnley at the end of World War One to commemorated the 79 men from Holy Trinity and its two satellite missions, St Aidens and St Oswalds who were killed in the war.

They paid the ultimate price - and their memories became 'junk'
Our heroes ... on the scrapheap (Burnley Express November 15th 1994 by Kim Pilling)

They gave their lives for their country in the Great War and ended up on the scrapheap. The memory of 79 brave young men from the Burnley area was about to be wiped away. The ultimate sacrifice given by these forgotten heroes was to be dumped in the dustbin of history. Inscribed on a glorious 6ft. by 4ft. plaque, the copper sheet memorial was hidden away beneath the rest of the "junk" in a Wigan scrap metal yard. Its pitiful fate was to be melted into a lump of scrap metal which would barely fetch £100

That's just over £1 each for the names of the dear and departed such as Fred Moseley, John Schofield, George Graham and Archie Mitchell. Together with the other heroes who fought and died in World War 1, they were all members of Holy Trinity Church, now closed. It was only a split second glance from metal dealer Sam Ainscough who saved it from meltdown. After rescuing the missing plaque from the scrapheap, hopes are high that a permanent home can be found for the memorial. 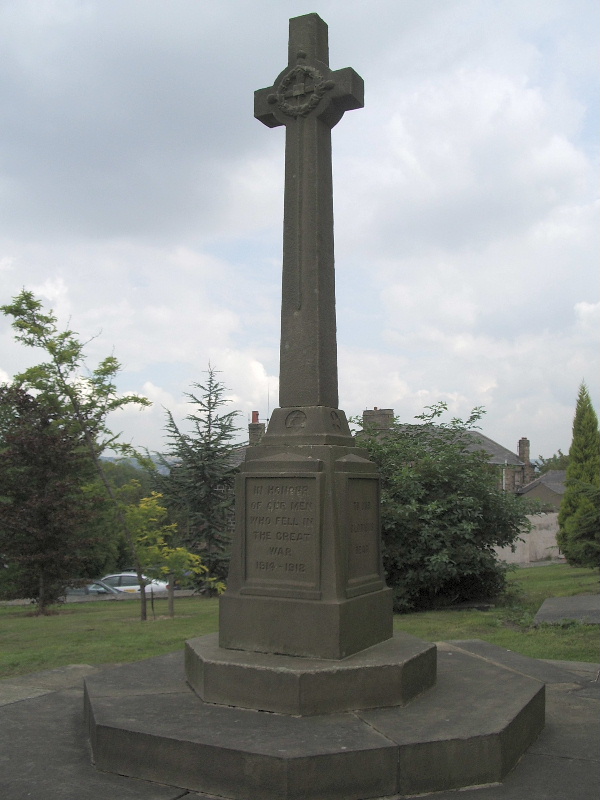 Local war veterans organisations are now trying to trace the families of the dead men. A relative of one of the forgotten heroes has already been traced still living in Burnley. At 81 William Joll, of Booth Court, Burnley was relieved to know the memory of his father, L/Sgt William Joll , had been kept alive. His father served in the 8th East Lancashire and was killed in action in France 1916, aged 32. His uncle Jack, also fought in the war and won two Military Medals. But how did this glorious tribute end up on a scrapheap, cheek by jowl with battered prams, washing machines and fridges ?

To the Glory of God

How could anyone have mislaid the emotive plaque which reads : " To the Glory of God and in Ever Grateful Memory of the Members of our Church who died in the Great War, This tablet and the Cross in the Churchyard are Erected"
The last time anyone can remember seeing it was in 1989 -- the year Holy Trinity, in Accrington Road, closed. It's a complete mystery to the Rev. Roy McCullough, who was the last priest at Holy Trinity, which is now home to a block of flats.

He said : " There were so many memorials and plaques which had to be removed when the church closed. I remember them being taken away, and as far as I knew they were in safe hands. But I can't say for certain that this plaque was among them." Richard Steele, communications officer for the church of England , is tracking down the mystery of the missing plaque.
"We can't rule out the possibility that it was stolen. There was a theft at the church five years ago when quite a lot was taken, so maybe that's what happened to the plaque."

Return to Burnley in the Great War