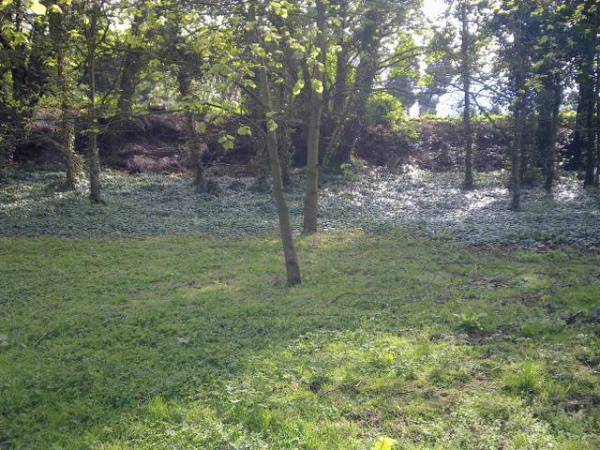 The unmarked grave of Private 9083 John Lowden 2nd Battalion Lancashire Fusiliers has been found, after being lost for 96 years, by the Burnley in the Great War research team. John, whose father lived at 3 Greenwood Street, Burnley, and who was the husband of Elizabeth Lowden, died on November 15th 1915 in a Lancaster hospital, aged 34 as a result of wounds, shellshock and being gassed after serving in the trenches for a year . He was buried in an unmarked pauper’s grave in Lancaster Cemetery, but was not commemorated by the Commonwealth War Graves Commission at the end of the war..
John was a reservist having served as a regular soldier for a total of 11 years in India and the South African War before being called up at the start of the war on August 4th 1914 from his employment at Clifton Pit. He was wounded for the first time in November 1914 in the fighting near Ploegsteert Wood in which Richard Lancaster whose body was found in 2005 was killed.
The fact that he was not commemorated by CWGC was discovered by Neil Drum of the “Infromthecold” Project which researches and identifies all those service people who died and were omitted from the official CWGC lists. “When Burnley in the Great War” decided to add John Lowden’s photograph and newspaper cuttings to the website it was noted that there was record of where he was buried. Contact with the CWGC site revealed that they knew about him from Neil’s research and that John’s name was to be added to the Hollybrook Memorial (near Southampton on which are recorded the names of those known to have died in the UK but whose graves have been lost.) As this did not match up with the Burnley Express for 20th November which said John was buried in Lancaster BIGW wrote to Lancaster City Cemetery authorities who informed us that John was buried in an unmarked pauper’s grave in Lancaster Cemetery. On being informed of this the CWGC said that they would erect a grave marker on his grave in Lancaster.
At the present time John is commemorated on the United Kingdom Book of Remembrance which is at the CWGC Head Office in Maidenhead and contains 234 names. The book “commemorates United Kingdom casualties of the two world wars who were not formerly recorded by the CWGC. The men and women remembered here are presently commemorated solely by their database and register entry. The Commission will continue to investigate the grave location details.